Less than 24 hours are left before ribbon-cutting Fapturbo 2.0 launch, tomorrow at 9 am EST time Fapturbo 2.0 will be ready to be installed and bring abundant profits.

For the first time ever since the original Fapturbo release, an interview with Steve C. the main author of the EA has been published today as he wanted to take advantage of this occasion to talk personally to everyone interested in his powerful EA and in Forex robots industry in general, for this purpose he has made a little interview video.

He briefly explains how development took place, why Fapturbo 2.0 is RADICALLY distinct from Fapturbo 1, what modifications development has resulted in, and much more.

Its short and directly at the target so go and watch it now, you won't lose time. Steve C. is speaking, no actor is involved so his heavy gesturing and nervousness appeared in the video should be forgivable. It seems that he was really excited and put great effort to present this moneymaker.

He and his team have worked for 5 years on this and tomorrow will be the unveiling day, so I think I can give him an opportune excuse. 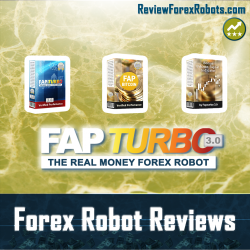 The old style works as an Asian session scalper including a long term advanced strategy trading around the clock on EURUSD with high SL & TP targets.
Starting from FAPTurbo 2.0 and of course FAPTurbo 3.0, the EA could trade 8 different pairs with an extreme high trades frequency in addition to the crypto-currency Bitcoin, the electronic money that is making news. 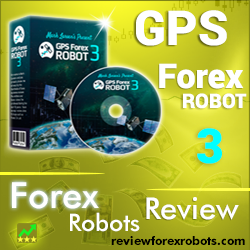 Salim Andrews Wed Jan 22nd, 2014
FAPTurbo 2.0 premium is not offering a trailing SL. Or Adaptive Take Profit or Adaptive Stop Loss. It is quite strange, anybody can convince me it is not like this?

Forex Robot Reviews Tue Jan 28th, 2014
Quoted from FAPTURBO2 FAQ: Q: Can I adjust parameters of the FAPTURBO2 advisor? Of course! You can change stop loss, take profit and several other parameters and filters depending specifically on your needs. All of them are described in the main FAPTURBO2 GUIDE. Q: I did not like the "no stop loss idea" in FAP. How about that in FAPTURBO? Ever since our first FAPTURBO version, the FAP strategy uses fixed stop loss value so your possible losses will be small and limited. A great number of additional safe filters and indicators were added to prevent trading in risky conditions. Q: My orders are opened with Zero stop loss and Take profit!! Help me! There is no problem here. You are using the Stealth mode. Stealth Mode protects you from cheating on the broker side. Using the stealth mode the take profit and stop loss values are not displayed to broker. That does not mean that your order does not have stop loss and take profit. It is "inner" and not visible. FapTurbo2 will place fake take profit and stoploss levels but these are placed after the trade has already opened since some brokers do not allow placing of stoploss and take profit at the time of opening the trade.
Information, charts or examples contained in this review article are for illustration and educational purposes only. It should not be considered as an advice or endorsement to purchase or sell any security or financial instrument. We do not and cannot give any kind of financial advice. No employee or persons associated with us are registered or authorized to give financial advice. We do not trade on anyone's behalf, and we do not recommend any broker. On certain occasions, we have a material link to the product or service mentioned in the article. This may be in the form of compensation or remuneration.