[Smart Forex] How to Profit from a Strategy Drawdown?

Drawdown periods can infect a generally up equity curve of any stable Forex strategy periodically, which on backtesting seem to be easily manageable but in real trading they usually cause a headache! 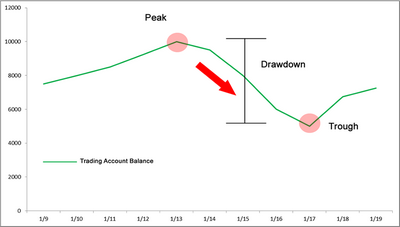 Depth and Length of a Drawdown Period

Beside the definition of drawdown in the previous post it can be also defined as the maximum loss of money that occurred between two equity high points of the same value, measured in percentage of equity. For example, if the Forex account balance reached $10,000 at one point, then it declined by losses through time till it became $9,000, and later it raised up again to $10,000, this means that the balance was exposed to a $1,000 (or 10%) drawdown, and the drawdown period is the time passed between the two equity high points of $10,000.

A drawdown risk can can be estimated by two values, the depth (of loss) and the length (of time), the most serious is the depth, while the most worrying to the traders and affecting their trading behavior is the length, as in live trading you may psychologically afford a drawdown of 10% for a couple of days, while you may completely lose hope if you experienced a drawdown of 5% for 3 months.

The general impression is that drawdown periods are a negative impact on a Forex account, but this is not the full truth as any solid strategy can reasonably make profits during it while its weak traders are filtered out giving way to smart ones to gain their profits easily.

This is a science that studies the different effects of classical economics and behavioral psychology on each other using studies and researches for decades on the human brain and now there are many mightily authenticated books discussing the herd or weak traders emotion influences on their trading decisions in the live market, and how to smartly exploit these emotions to make profits.

Talking about behavioral finance can take so many articles and won't fulfill, but let's focus on these two points:

A weak trader, when experiences a drawdown period, his mode suddenly gets reverted and he feels sad and remorse with a flush of negative ideas and purposeless questions from his brain which answers don't lead to a recovery or even a partial recovery from the occurring losses and the worst is that they may get aggravated:

In fact, a weak trades is poor in knowledge and popper tools that enables him to face a drawdown period in the right way and he is always very confused and suffering much pain!

On the other hand. smart traders have many opposite behaviors to those of weak ones, the most important of which is that they employ a trading plan, which is necessary with automated trading and it can be outlined by him while he is calm with no risks.

A trading plan takes many aspects into consideration, but regarding drawdown, it should at least have the following:

On this way, a smart trader can have a detailed map of the investment he is doing while trading live, so he can analyze the live behavior of the strategy at any time and compare it with his predetermined scenarios including the worst one and perform the predetermined action he has set in his plan against each scenario, even if nothing should be done, it's needed to be written.

The Out of Plan Scenarios

Unexpected situations and what to do then, should be covered by the plan too. You should extremely exclude your gut feeling as a source of your decisions if something unexpected has happened, it's safer to refer to your planning and analysis board.

A sudden serious problem as an abrupt deep drawdown, when precisely and carefully analyzed, it's often not a so important problem and is within the predicted statistics and many similar previous periods have really took place.

New and first time events are not uncommon, this is an any market rule as thee market conditions are always changing and new ones are constantly appearing in any time frame, some of them are highly aggressive and may last for a long time and the others aren't.

A firm strategy often can be adapted to new market conditions by using its built-in analytic and optimization techniques, the smarter they are the more powerful the strategy is and the easier for it to deal with most of the market changes as some may be still tough with drawdown periods. All of this should be normal and similarities might have already happened in the past.

If you realized that what is happening now is normal while others are considering it serious, you won't be worried and will have the enough behavioral stability to take the suitable decision in the ideal time. You can do this if you have a trading plan with a full analysis of your trading strategy; a smart traders quality.

Lack of knowledge and planning will make you use the least excuse to stop trading and relax your mind which is full of sadness, regret, negative thoughts and aimless questions trying to close what you think is the cycle of subversion your own trading account; a weak traders quality.

Once the weak traders are filtered out of the market, higher chances for the smart traders to get its new equity high emerge. If a weak trader decided then to jump on board again, he would be too late, but he might benefit from the next drawdown period.

[Smart Forex] How to Profit from a Strategy Drawdown? Drawdown periods can infect a generally up equity curve of any stable Forex strategy periodically, which on backtesting seem to be easily manageable but in real trading they usually cause a headache
Professional Forex mentoring + great support + huge community Forex Mentor PRO is a provisional Forex training program that could keep you away from scams and fall-downs on Forex trading for a successful Forex trading business 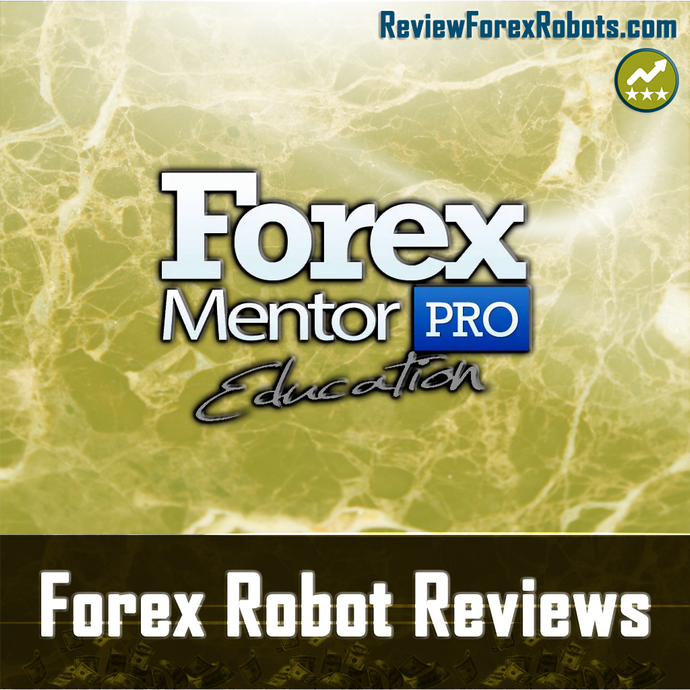