Ray Scalper is Broker Independent, Works with 4 and 5 Digits Brokers and on Any MT4 Broker including ECN, STP, NFA Regulated Broker. ECN / STP Broker Accounts with Spreads of 1 pips or Lower are Highly Recommended while Broker Accounts with Minimum Spread of AccuWebHosting VPS and Using it on a Tickmill ECN Pro or Classic Accounts for the Best Stability and Profitability.

NFA Compliant (with No Hedging) and Follows FIFO.

Free Updates and Upgrades for ONE YEAR, then an Optional Update Renewal Fee of $35/Year Will Be Applied.

As Ray Scalper's Performance Over a Short Term of Only 30 Days Can't be Guaranteed, Standard Purchase Protection Guarantee is Applied by the EA Vendor, through which Refund is Only Applicable if the EA was not Delivered or Can't be Activated.

50 UP TO 500% Bonus on Every Deposit! No Account Verification is Required!

The below strategy tests were performed using a spread of 2.0 pips that is considered above normal for EURUSD. Lower spreads will greatly improve the final profits of the EA. Spreads up to 2.0 pips will have no effect on the EA Performance, while its profitability and trade exits might be affected if a broker with higher spreads is used.

The use tick data only for Ray Scalper backtesting is recommended as is works on every price tick. The live performance tests are perfectly in line with Dukascopy tick data backtests. Even high quality M1 backtests were unsuitable compared to live trading results.

Fixed Lots can be used in case the traders portfolio is made up of several EA's and the gains are always withdrawn on a monthly basis. This test is also useful to study the equity curve without the effect of compounding hiding drawdowns.

Ray Scalper uses geometric position sizing for money management. Max_Allocation_Per_Trade=8 is default which makes the EA trade with lot size of about 0.32 per $10000. The lot size is scaled relative to increase/decrease in equity. MAx DD of about 22% was seen in backtests since 2008. A max DD of 42% was recorded towards the end of 2007 - This could happen in future but is considered highly unlikely since the trading conditions prior to 2008 was very different from what is seen post 2009.

After Ray Scalper developers have made many researches in the field of ray tracing, they finally could implement the concept into Forex trading via this EA which doesn't ignore the requirement of short term gains of the majority of traders. The EA includes a perfect portfolio diversification via a unique trading strategy that is unmatched among other currently commercially available Expert Advisors.

According to Ray Scalper trading strategy concept of ray tracing, Support / Resistance levels are considered as objects after being calculated using Fibonacci levels, weekly classical Pivots and other standard methods. The EA closes every 15 minute bar and shoots out rays in both long and short directions. It places a default target price (H1 ATR) at a distance of about 6 hours. If some Rays were able to touch the target without cutting across any calculated Support / Resistance level are considered good trading opportunities by the EA which then opens a long or a short trade guided by the best possible ray's direction. StopLoss is then placed at 4x the H1 ATR. This gives enough space for the EA to close trades which take more time to work in its favor.

This is a highly versatile entry logic for Ray Scalper developed and implemented by Phibase which enables the strategy to handle both low and high volatility price actions much better than the prior EA versions.

The scalping strategy of the previous version 2.0 is excellent but it only makes larger gains during certain winning phases when favorable price actions exist, which occurrence time is highly impossible to predict. The current Ray Scalper version 3.0 distributes gains better fairly with preserving the EA scalping nature. The EA Risk : Reward ratio which is 5:2, was the major of the Ray Scalper earlier versions cons which was solved via version 3.0 strategy and trade management system and it now delivers a Risk : Reward ratio of just 3:2 with a success rate maintained above 68%. The difference in the EA performance between some brokers was also reduced by the new strategy. 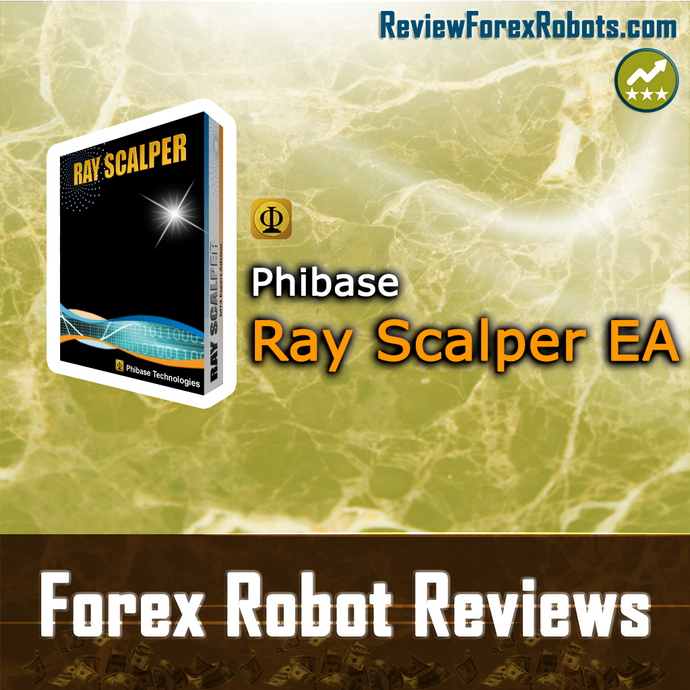