A Trailing Stop Loss is an advanced Forex risk and trade management option for orders to allow the them to proceed and lock the already achieved profits while the market movement is in a favorable direction and more profit chances are generated while the trade is still opened.

This is done via MT4 by setting multiple Stop Loss points with a fixed points gap in-between, as long as the market price moves in a profitable direction it passes the Stop Loss levels, that last passed Stop Loss level becomes the new dominant one locking in the profits gained by that trade preventing The loss of them if the market movement was changed to the opposite unfavorable direction.

MT4 by default allows the trader to enable Trailing Stop Loss and determine the points gap between each two levels, this might not be satisfying for many traders.

Trailing Stop Forex Robots are a favored choice for those traders as they provide more simple and effective trade and risk management control options than those in the default MT4 Trailing Stop.

Here are 8 Downloadable Free MT4 Trailing Stop Forex Robots that can be used to manage the trades and lock in profits too! 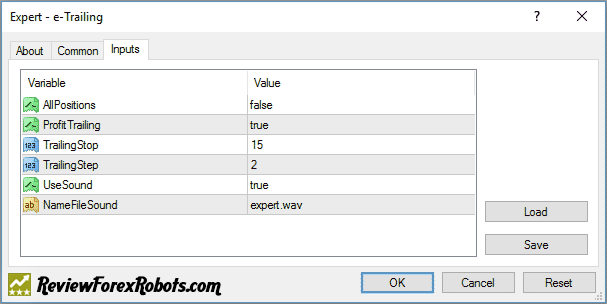 It works on one currency chart at a time, so if other charts have open trades, it needs to be attached to each of them.

It generates automatic trailing stop for all of the open trades or those that would be opened in the future. 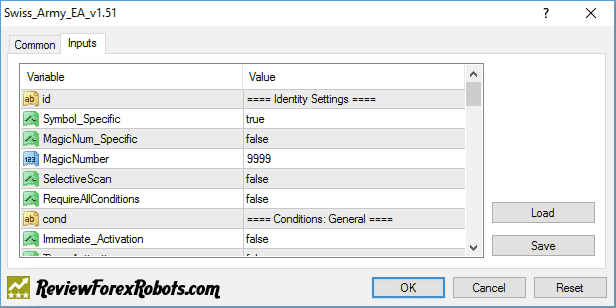 It can apply breakevens and trailing stops with setting and removing take profits and Stop Losses in addition to a variety of conditions for closing trades.

It prints to the screen allowed doable options, which helps to figure out what it does.

It needs some more time on a demo account to well understand how it really works. 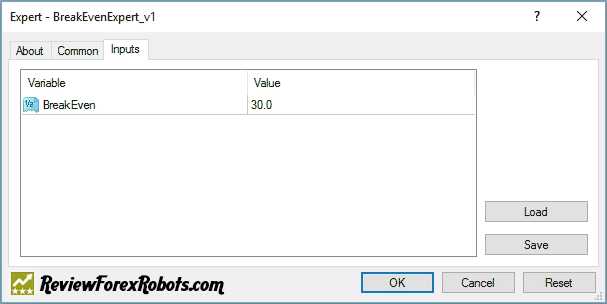 This is a pretty good expert advisor. It sets the StopLoss to Breakeven when "x" a preset amount of pips in profit is has been gained.

In the figure above, "Breakeven=30" which simply means that the robot will move the StopLoss to Breakeven once its profits reaches 30 pips. 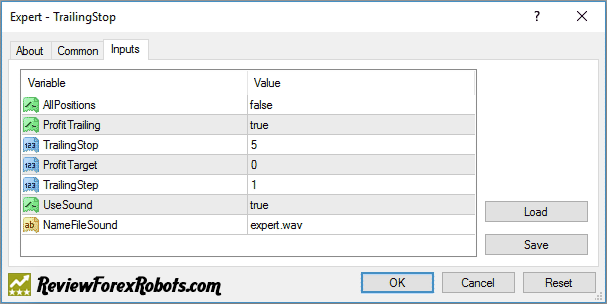 It modifies Trailing Stop Loss on all the profitable open trades.

It also closes all the trades and can take specific profits when the trading account is in profit as a whole.

I has an instructions manual Trailing Stop Manual with parameters explanation. 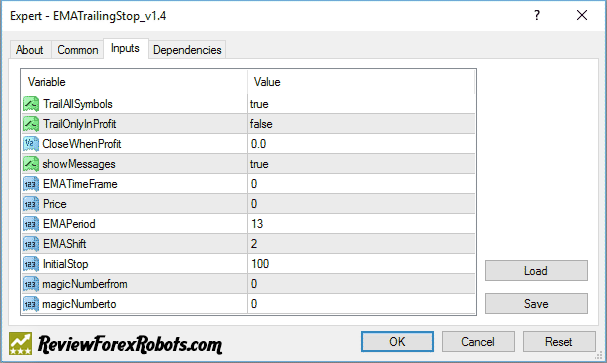 It uses a trailing stop based on exponential moving average (EMA). 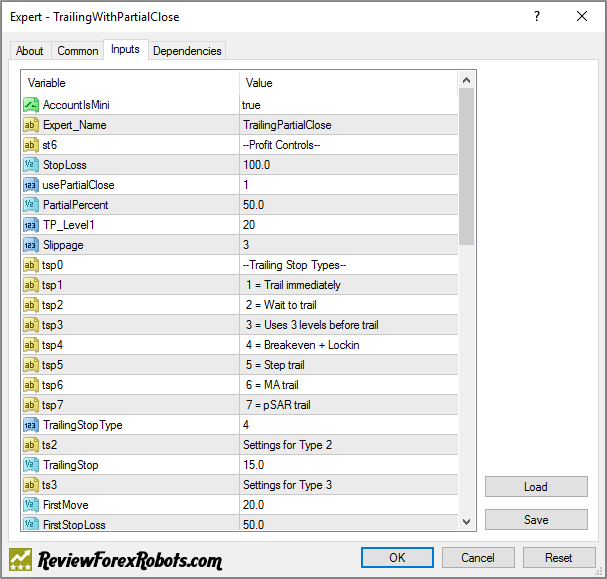 It closes partial positions when each target is achieved with 6 different types of trailing stops. It's better to download and play around with on a demo account to figure it out as it has so many parameters. 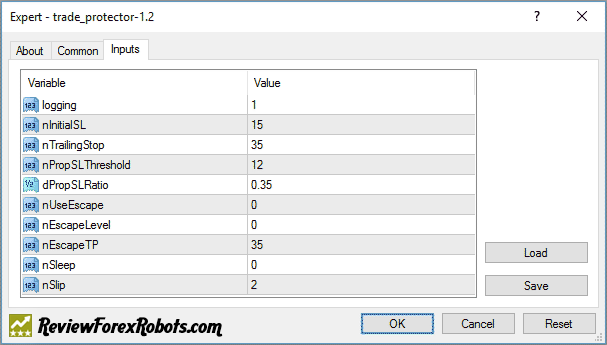 This is a bit different trailing stop Forex robot as it's based on the so called principle; Proportional Trailing Stop, by which it determines a % ratio of pips to be protected by a trailing stop according to the trend move direction.

When the % ration is set to "x", the robot will move the Stop Loss to "x %" of the difference between the current market price and the price by which the order was primarily activated / executed. 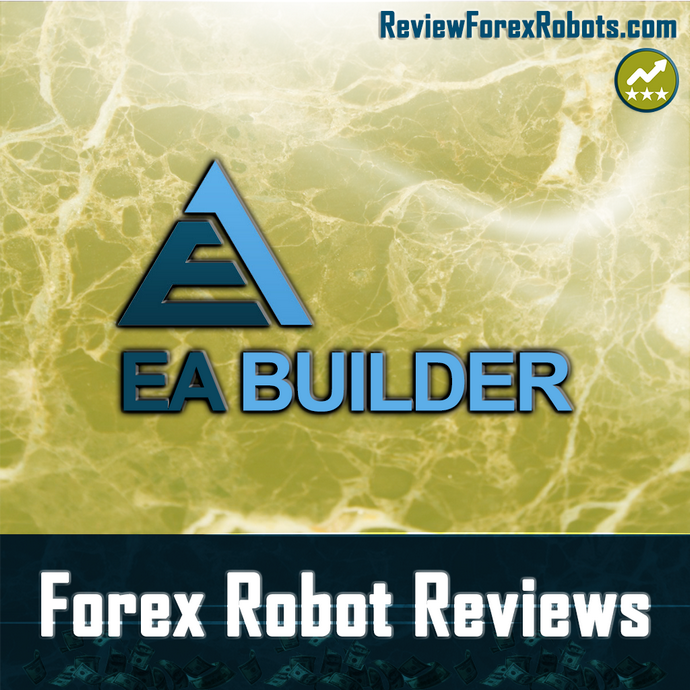