In the last week we have started engaging RayBOT on a RoboForex real account, it was performing well over the last half of that week after we've just started our test. On Fri, 1st April, all the currencies traded by the EA which are AUDUSD, EURUSD and USDCAD had their prices suddenly into a high jump, and our hero was there!

On both of AUDUSD and USDCAD pairs, it has passed the first arm of the jump but reaped good pips from its rebound that followed in wonderful chart top to bottom trade arrows through the whole rebound. The reverse occurred with EURUSD that gained less pips than the other two pairs making a sum of 174.7 pips by the three pairs just in one day during a few hours of that day as seen in the 3 pairs MT4 screenshot: 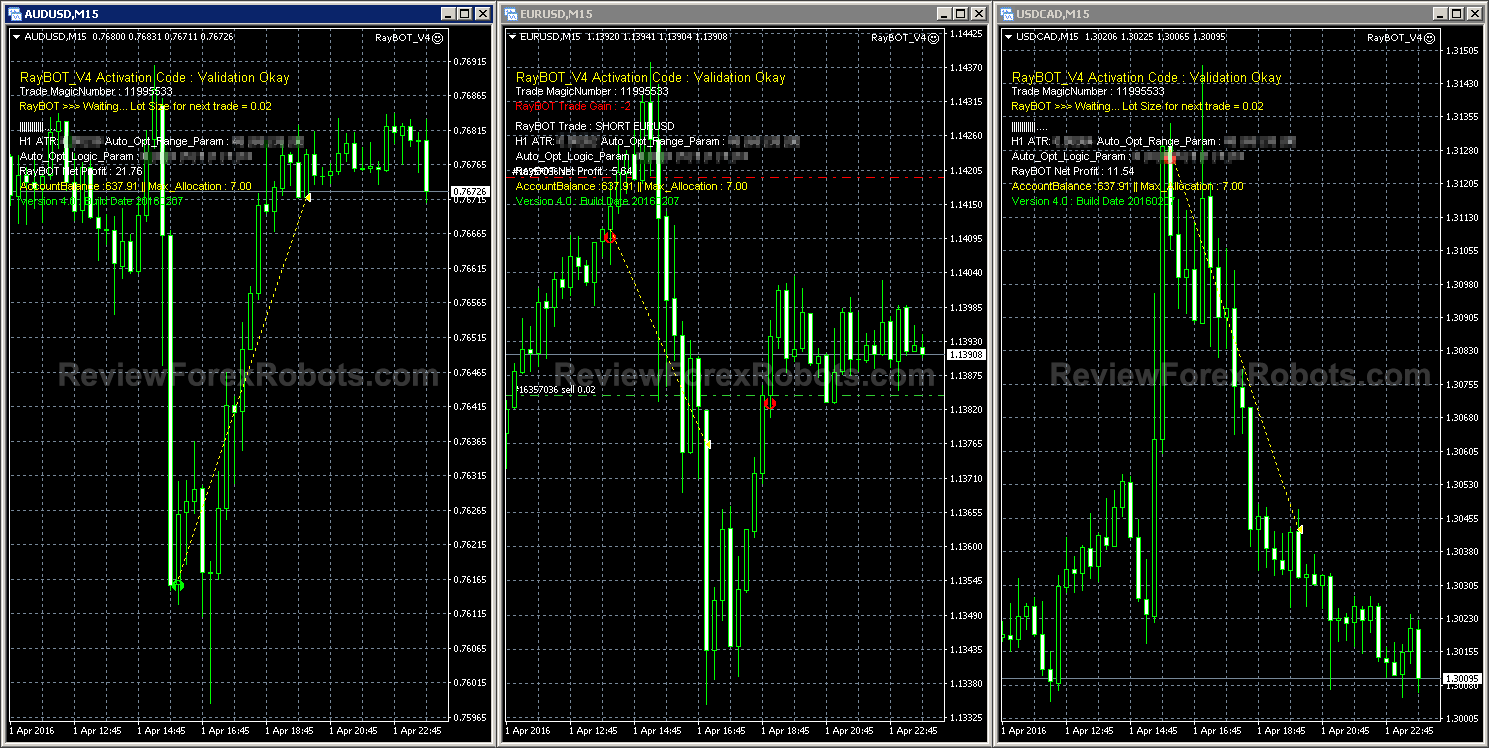 For AUDUSD, RayBOT has done the following 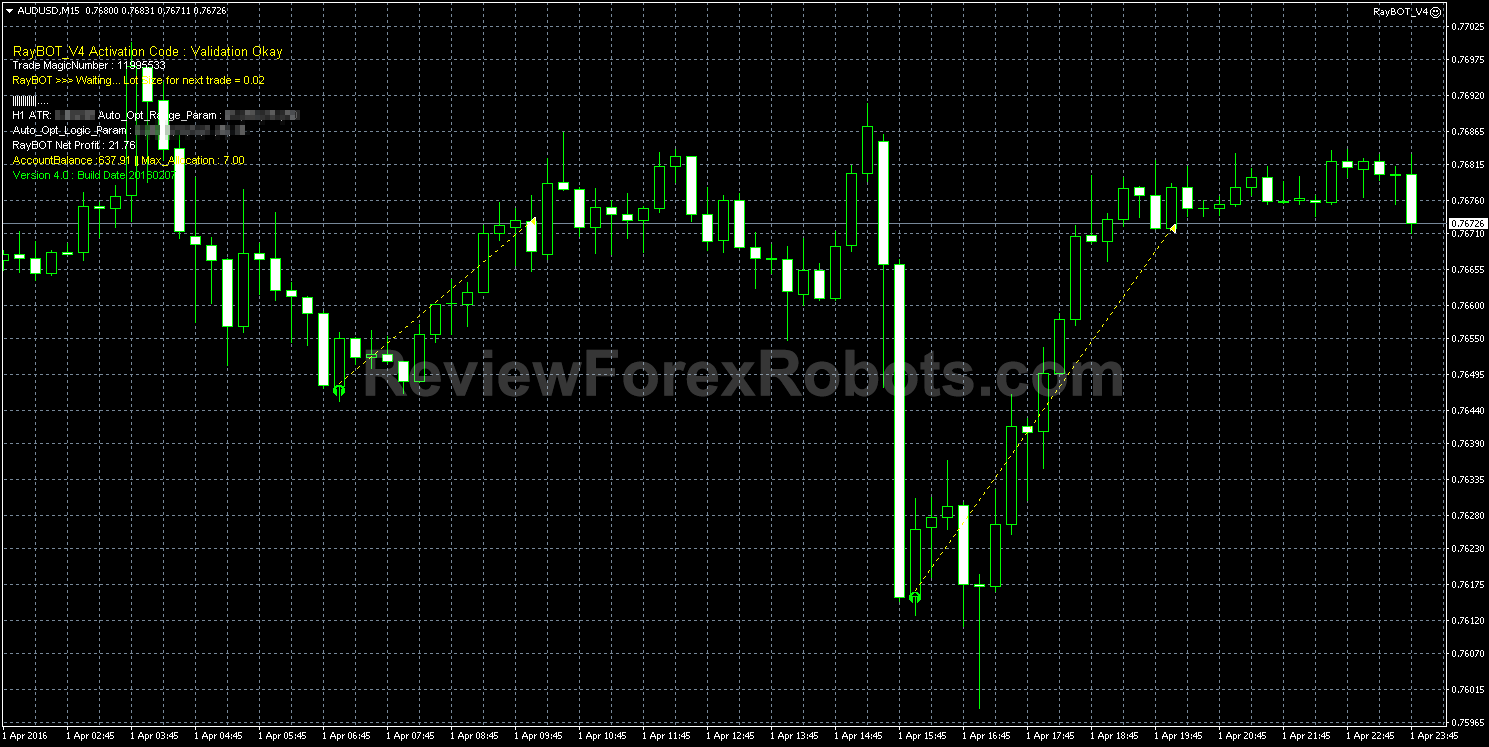 For EURUSD, RayBOT has done the following

In this screenshot and after the EA has closed the previous trade on EURUSD, it has gone short again on the same pair in a trade that was not closed before the end of the week and should pass the whole weekend to be continued in the next week, so it can be ignored for now! 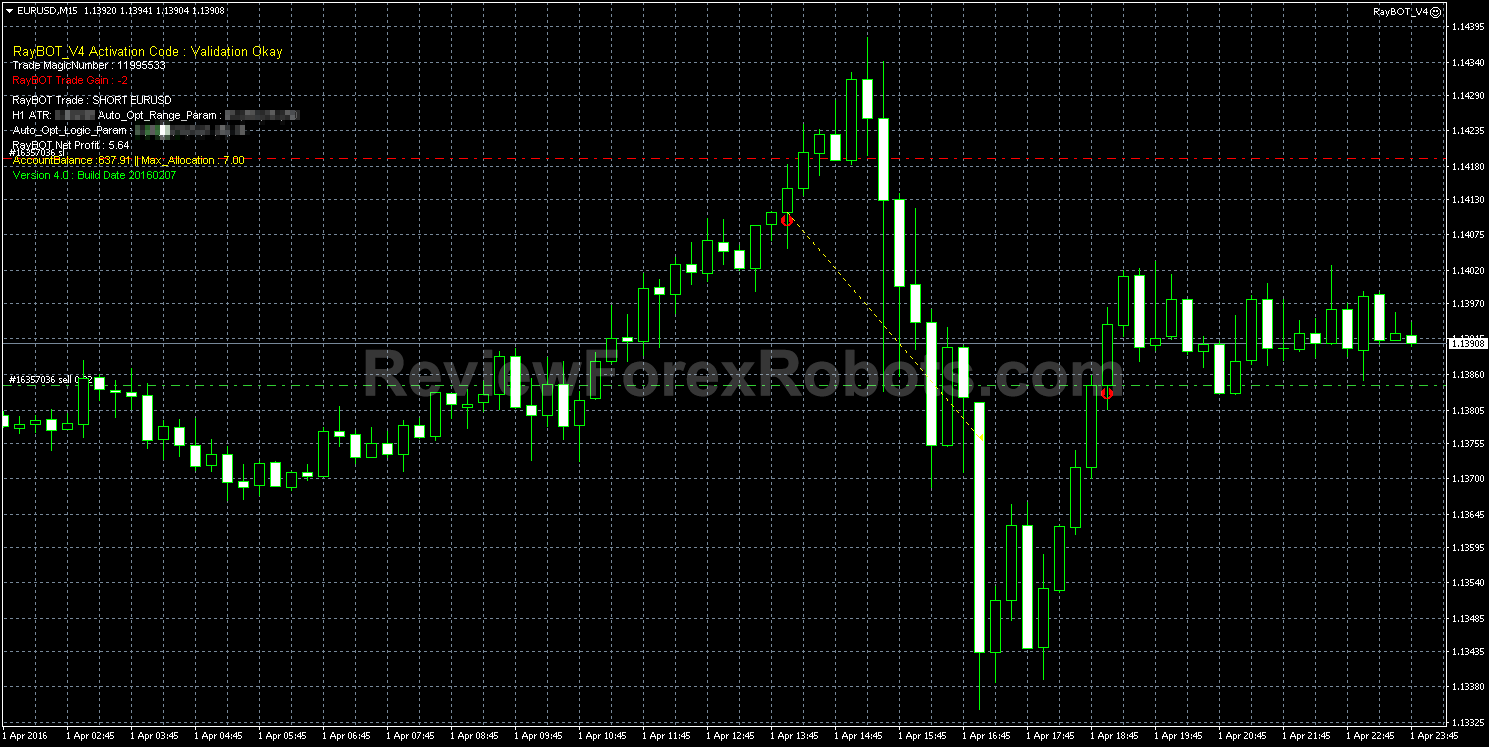 For USDCAD, RayBOT has done the following 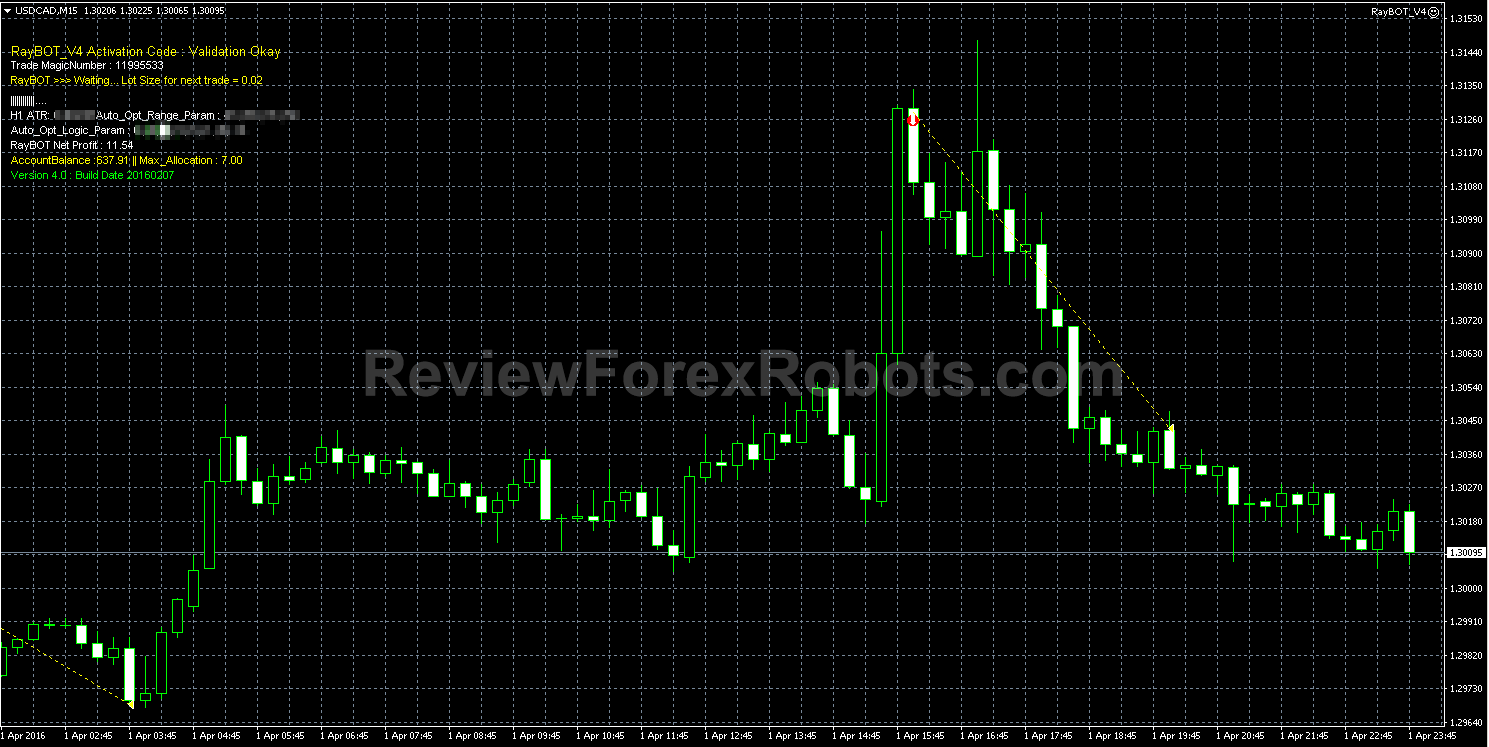 We are running this live test on a real account of just $600 starting balance along with another demo account on the same broker RoboForex and RayBOT has exactly the same behavior on both accounts with minimal ignorable differences. We did not yet publish either accounts full statement verified by MyfxBook or FxBlue as they are still new fresh accounts, but we will do when there is enough data in them to be published and till then, we will keep publishing important actions taken by the EA here!

By the way, RayBOT performance is not affected by the execution speed / ping response times by any way, so if you have a stable internet connection and not suffering from frequent PC power loss or system caches you may not need to run your MT4 with the EA on a VPS. For maximum stability, we use FXVM VPS as a reliable Forex VPS host to run the EA on our real account.

We think that RayBOT is a promising Expert Advisor and its developers team are doing a great job and it's worth what was paid for it!

RayBOT EA v4.0 EURUSD 8 Months Visual Backtest Video This Backtest was for RayBOT EA v4.0 on EURUSD using a spread of 1.0 in a 99% Modelling Quality Dukascopy Tick Data Via a RoboForex ECN Real Account
RayBOT Captured The Last Week Prices High Jump RayBOT was performing well over the last week and on Fri all the pairs traded by the EA; AUDUSD, EURUSD and USDCAD has gone suddenly into a high jump, and our hero was there!
RayBOT Tick Data Backtest Vs Real Trading Feb to March 2016 By analysis, it's obvious that the Backtest results are too closely matching those of real account live trading. This strongly validate the long-term strategy used by RayBOT algorithm 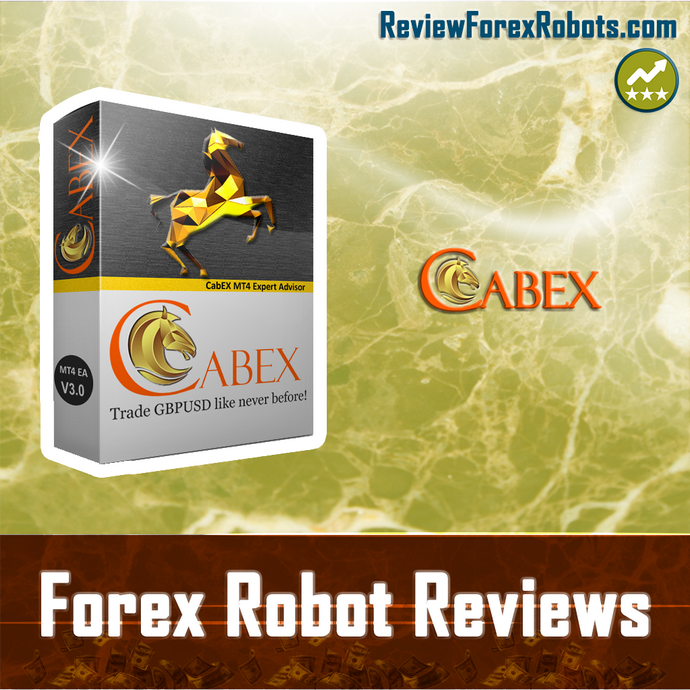 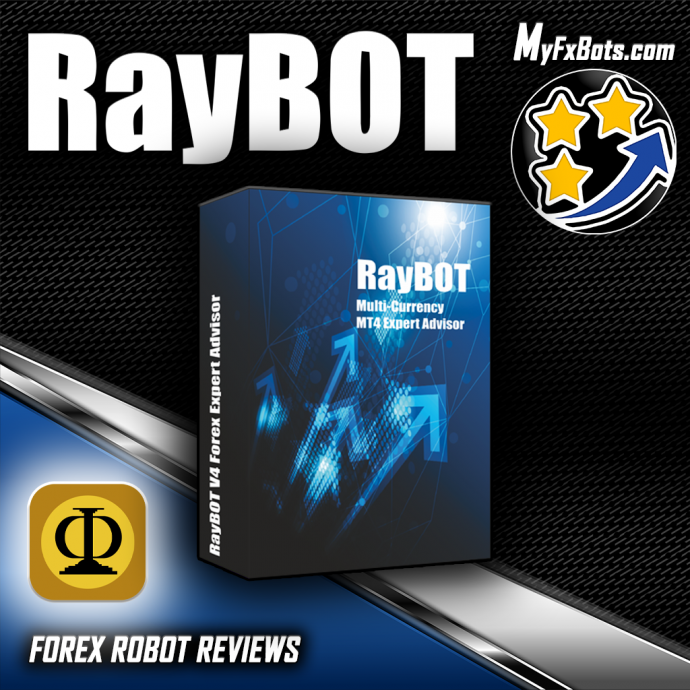 As a non-Grid, non-Martingale system, RayBOT relies for its trading on price swings between Support / Resistance levels. It is a frequent trader achieving a trading rate of about 5 to 10 trades a week on each currency pair.