FXAutomater, the developers of the WallStreet Forex Robot, the well known widely used Forex robot among the most professional Forex traders over many years until now, have just published the new 1.4 version of their latest released WallStreet ASIA, and it's now available for download in their member area for all of their customers.

They have added to this new version one new parameter and a have fixed one problem that appeared in the previous one: 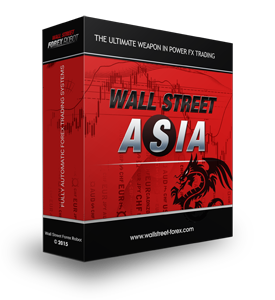 This is to strengthens the Forex Robot ability to avoid losing trades especially those that open in the opposite direction of a strong market impulse, it was tested on GBPUSD with fantastic results.

It's set by default to 35 pips. If set to a negative value, the robot will open trades only in the daily market move direction. It can also be disabled if set to any high value like 1000 for example.

For the different supported pairs, these are the recommended MaxDailyRange values by FXAutomater team:

As usual, the brokers GMT offset is causing headaches for both Forex traders and developers, WallStreet ASIA v1.3 by testing was discovered to have a small problem to calculate the trading hours only during winter and it was fixed in the new 1.4 version.

We are now on the cusp of winter and the brokers are going to switch to the winter time, so it's strongly recommended to update to the new version on the MT4 terminals.

All WallStreet customers can download WallStreet ASIA v1.4 for FREE in the member area!

As a reminder, WallStreet ASIA and WallStreet Recovery PRO are FREE bonuses offered to all WallStreet Forex Robot users!

Like they used to offer surprises from time to time, FXAutomater are now providing discount coupons for both versions of WallStreet Forex Robot as follows:

Note that the coupon will be valid only until Thursday, 15th October, 2015.